“Komparu Street” is in a straight line west of Central Avenue is the birthplace of Ginza street nationwide. It is an unusual name that is written, “金春” read as “Komparu”.
It is a very ordinary back street of about length approximately 130m, but a historic street, which is referred to as the “Ginza last bastion” to bring down Edo emotion.
We will introduce a little deep Komparu Street, glimpse of different looks and sparkling beauty to the main street.

It comes from the fact that there was a mansion of Komparu style of Noh in the Edo period.
There was Komparu, Kanze, Hosho, Kongo of four houses which he family had been given the land and emolument as shogunate direct control Noh actor in the Edo period, the oldest of Konparu house prospered since the Muromachi period, from the early Edo period in Kanzedayu prominent family which had played a function in Edo with, who has bear his name to this land even after mansion defunct.

The great remainder of history. 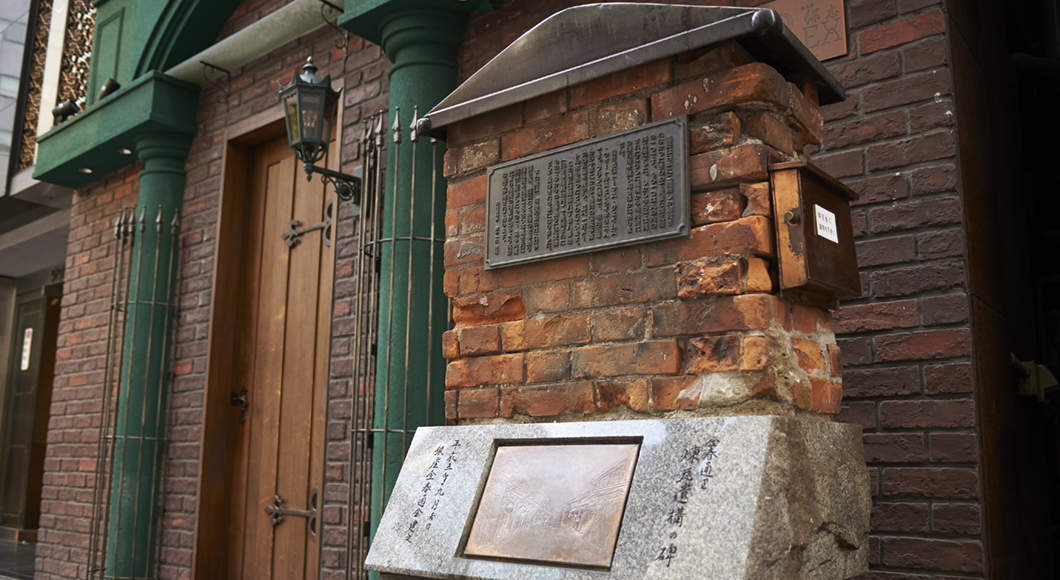 It becomes the Meiji period when Meiji government made up a grand brick street in Ginza totally over about 10km feared of the Edo conflagration.
Unfortunately, brick street had disappeared in Great Kanto Earthquake, but phantasmal brick street remains was excavated in 1988 and it was stored to Edo Tokyo Museum.
The importance that this remain has been excavated within the former Komparu mansion trace, daringly a part of the collection remains was built in land of Komparu which is the photo of “Ginza Komparu Street brick remains monument “.

After Komparu mansion was transferred to Kojimachi Zenkokujidani (current Chiyoda-ku Kojimachi) around in 1870, name of “Komparu geisha” has been known, and Ginza 7, 8 chome west side of the neighborhood has become the red-light district in the time of the Edo period.
Noh actor had been receiving special treatment, not as general townspeople, but as shogunate purveyor of townspeople.
Though Noh actor is not a samurai, seems there was not a rule not dwelling the townspeople in communion land, and came to dwell in rent tenement for Noh actors.
Moreover, as Noh actor so did not receive the direct control of the young-old, it is said that gradually geisha came to dwell.
They were excelled in arts such as songs and dance, and as from the fact adept in talent of hospitality, Edo geisha pioneer started a livelihood as “Komparu geisha”. Komparu street it was crowded as an entertainment quarter to gather the many geisha until the 1965’s.
In this entertainment quarter, the color that became popular among Komparu geishas in the end at the Meiji period was “Komparu color”.
In a color greenish blue, formally are specified in the Japanese traditional colors of “Shinbashi color”, also it has been used as a symbol color on the nameplate of Komparu Street.

Continued from the Edo period “Komparuyu”

Currently, in Chuo-ku, 10 public baths (sento) are left, one house of them, is in this Komparu Street called “Komparuyu”. It is itself very unusual remaining in the Ginza, but is surprised that the establishment has a history over 150 years from 1863 of the late Edo period.
In 1957, it has been renovated to the current building, but as long as it is one of the three Tokyo public baths which survived from the Edo period, it can be said it will be a cultural property class. 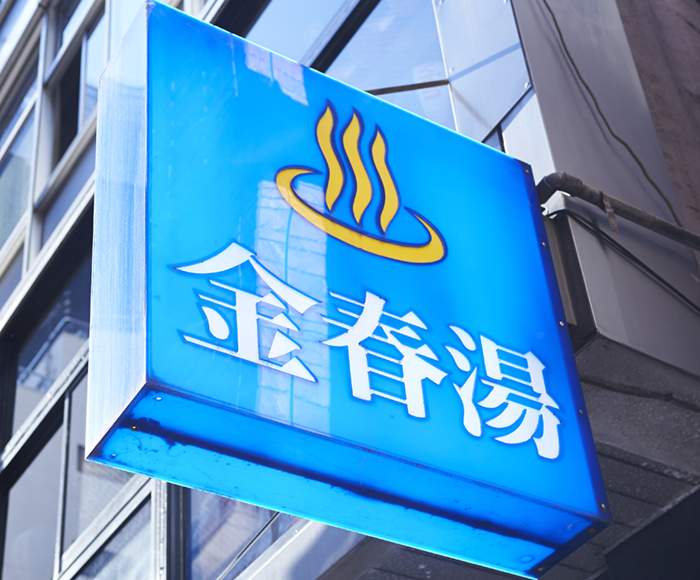 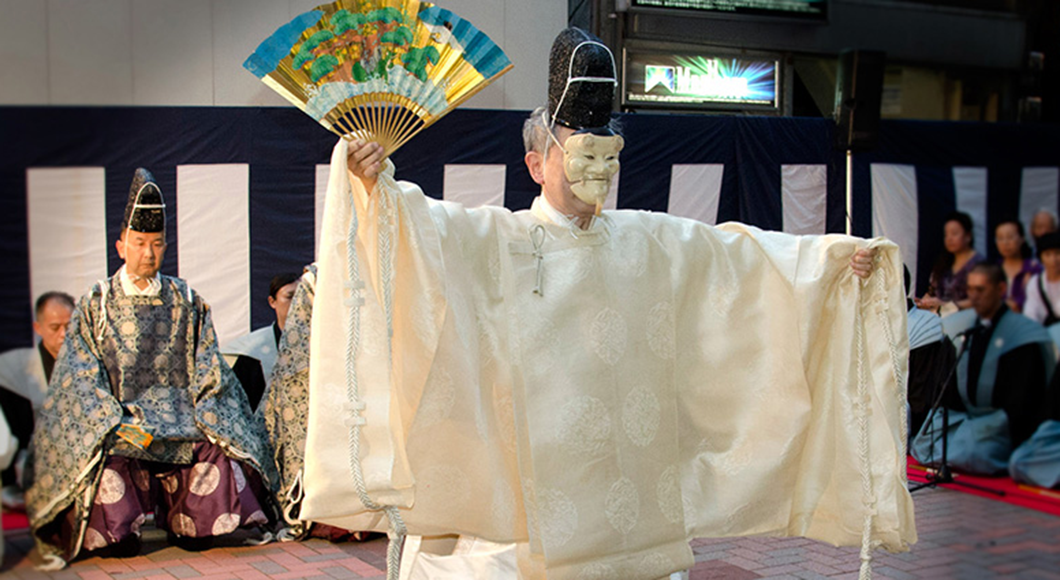 Komparu Street event which can be called true value, is the “Nohgaku Komparu Festival” that takes place every year August 7.
In this festival, Komparuryu Soke himself will dance Noh as “Rojyounoh” in Komparu Street. Boasts a thousand years old ancient rites “Nara Komparu” distinctive Noh, to pray for peace, rejoice the Pacific, very auspicious songs.
Please enjoy the “Edo culture” which Komparu Street has been keeping alive.